It probably comes as no surprise to anybody who knows me that Beauty and the Beast is my favourite Disney film. I mean it’s about a girl who lives through books, and then gets to live in a castle with a giant library…oh and she meets a Prince as well.

It is one of the classic Disney films, and among one of the best Disney film to stage adaptations. And again anybody who knows me also knows what a sucker I was/am for John Barrowman as Gaston.

All to say I was pretty excited to see what the Junior production at the festival would hold, but also apprehensive as ever when seeing something you love so well adapted. But as with As You Like It on Wednesday I needn’t have worried, because Everyman’s young cast do a sterling job.

It’s a hard one to pull off, especially outside with minimal props, but the cast pull it off expertly. The whole piece is wonderfully sung, showing great talent from the young cast.  Charlotte Tonge makes an excellent Belle, and sings beautifully as well as delivering a beautiful performance while Ben Joseph Smith does an excellent job of the difficult role of the Beast (acting through that costume is certainly a challenge!) And mention must go to Ross Broad for a wonderful and funny Gaston. 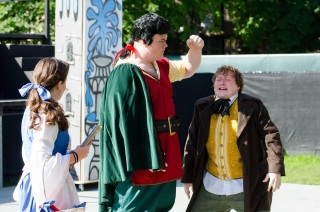 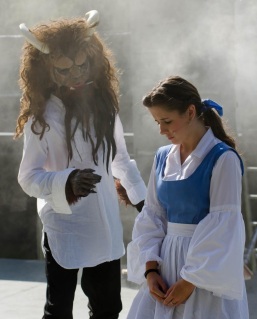 The rest of the cast also do a brilliant job from the various villagers and servants that show just how much talent Everyman has to offer, to those in the Beast’s castle from Mrs Potts to Cogsworth, working with difficult costumes and bringing great humour and charm to the production. The costumes by Dave Parker and Ruth Rees are really excellent bringing elaborate costumes to the household items, and beautiful dresses to Belle and the ladies. 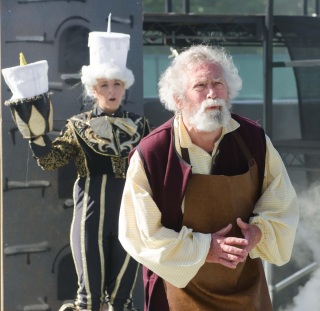 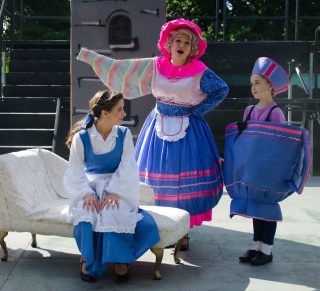 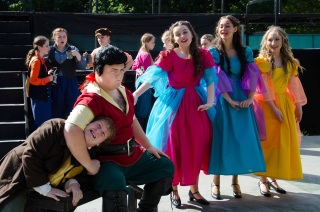 This is an ideal production for parents looking to introduce children to the theatre. A lot of fun with a sprinkling of theatrical magic, I highly recommend for a summer holiday treat. And (shhh) parents will enjoy it just as much!

Beauty and the Beast runs until 1st August but the last day is already sold out! So get your tickets fast, shows at 12.00 and 2.30pm and tickets available here:
https://www.ticketsource.co.uk/event/85804

Meanwhile, As You Like It continues until August 1st also. Tickets available here:
https://www.ticketsource.co.uk/event/85800

And my review here: http://thenerdytheatre.blogspot.co.uk/2015/07/everyman-as-you-like-it.html 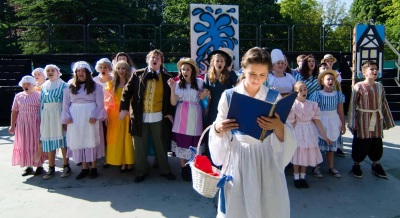