Skip to content
10. Ten Plagues- Mark Ravenhill
One that kind of snuck into consciousness and didn’t let go. Understandably given my research and theatrical passions this from Mark Ravenhill on parallels between the Black Death and AIDS struck a chord. More than that the sheer beauty of the production left a mark long after the event.

9. Lovecraft (Not the sex shop in Cardiff)- Carys Eleri
Part theatre, part cabaret, part Professor Brian Cox lecture, if he sang a song about boobs. This from Carys Eleri was a delight from start to finish. It managed what few ‘normal’ plays do: delivered a warm engaging story while also giving your brain something to think about.

8. Tuck- Alun Saunders
Original review here
‘A hymn to Queer culture’ sums this play from Alun Saunders up perfectly. Yes, there was something still ‘rough around the edges’ in terms of the play itself, but the story, the ambition of it, and the voices it shared outweigh that in swathes of glitter. We need Queer stories from Queer voices on stage. And this offered an important blend of this. While being fun and fabulous.

7. The Inheritance – Matthew Lopez
Despite a difficult personal relationship with this play, I cannot leave Matthew Lopez’s play out of this list. Like the play I list either side, for me, the very showcasing of Queer voices on a platform like this, is imperative.
For me, I am too close to the material intellectually that Lopez grapples with to fully appreciate the experience as some have done. I do appreciate how immersed he is in Queer theatre, theatre and writing on the AIDS epidemic, and how integrated into the work that is. Is it a perfect piece of theatre? Far from it in my opinion, and I mean that judgment in relation to the phenomenal achievement it already is. But it is an important and intelligent piece of work, and one of the finest of this year.
And for the ending of Part 1 alone, which is one of the singularly most emotional moments I have ever experienced in the theatre, it deserves to be on this list.
Also points for the extreme knitwear on display in this production.

6. The Boys in the Band
Original Review here
This is a classic- maybe even seminal ‘gay play’. And such labels shouldn’t be important, but they are. And this play should perhaps be retired as a museum piece in terms of the themes, and elements it depicts. Except they are shockingly current still. The ideas of shame for gay men, homophobia, the conflict of trying to live in a heteronormative society. This didn’t feel like the 1970s, it felt like today. So, while the jokes may now fly in the face of what we’re comfortable with, the underlying themes resonate. The fact that Joe Mantello cast a cast of ‘out’ gay actors, also shouldn’t be noteworthy, and yet it was. So, this play remains important. And deserves its place in this list.

5. Cardiff Boy
Original Review here
This from Kevin Jones hit all the right notes; 90s nostalgia, teenage troubles and a familiar setting. It’s a great snapshot of teenage life. About the incidental elements that impact so much in that period, and also the huge moments that take you by surprise when you aren’t quite an adult. It was an elegantly constructed production from a young company. And they served the writing, and audiences well in their approach.
What Cardiff Boy did well, alongside the funny, touching and very honest storytelling, was offer Working Class voices space on stage. Where class wasn’t the driving force, but an element in the boarder picture. It informed the story, but was never the focus. And that’s what broadening the stories we tell looks like.
Cardiff Boy was an utter gem of a production. That fine balance of laugh out loud moments, mixed with a through line of strong storytelling and an emotional punch. Theatrically it’s the simplest of devices- storytelling- and one that we often overlook. And as a package it was one worth celebrating. 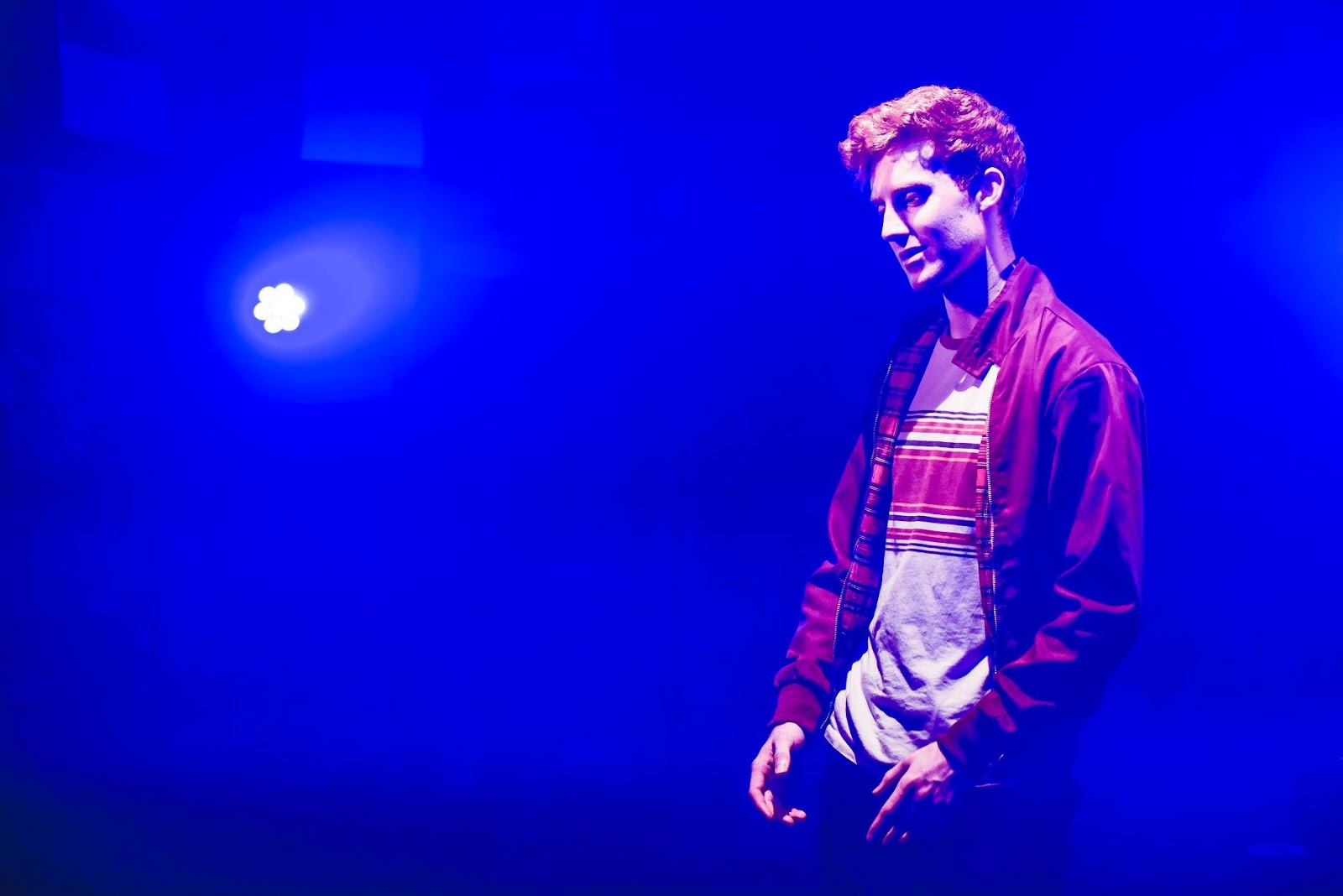 4. Eugenius
Original Review here
This fun filled sci fi musical hits all the right buttons. It’s an original British musical filled with perfectly crafted pop-musical songs. It cleverly blends homage to the sounds of the 80s, with contemporary pop. And it’s an original British musical. For the sheer joy this production brought it is rightly near the top of this list.
It’s also a perfectly pitched ‘geek’ story. It’s about geeks for geeks. It’s filled with fun references and in jokes without feeling exclusive. It’s the story of a geek getting the girl without being patronising. It’s romantic without being over the top. It’s funny without insulting anyone. It’s pitch perfect and I hope to Tough Man we get this Comic Book kind of love back again next year.
Top works of a year don’t have to be worthy, or intellectual always. The point of theatre is fun, is entertainment as much as it is to educate or be political. Eugenius was hands down the most fun I had in the theatre this year. So much that I went twice. Also a singular joy was watching the fans of the show who had been before dance and sing along at the finale. It felt like a celebration of what theatre should be.

3. Fun Home
Original thoughts here
The Fun Home finally came to London. And it was worth the wait. While the storyline may move some more than others, something that may be highly relative to personal experience, as a musical it is perfectly crafted. It is very difficult to come up with, or argue critique of how Fun Home is put together as a piece. It’s as musically intelligent as it is intellectual, but also incredibly accesible.
The Young Vic production more than did the material justice, with the British cast more than matching their American counterparts from the original. As ever Jenna Russell was a standout in the production. Hear ‘Years and Years’ a quietly devastating show stopper. For some the Fun Home didn’t hit the emotional notes they wanted it to, but for those it resonated with, it resonated hard. And as with much of this year’s list, it’s about feeling seen on stage. Queer women telling their stories is a powerful thing, and few do it as well as Fun home.

2. Company
Original thoughts here and here and an article for American Theatre here
‘Want something’ is the refrain that sticks in my head from Company. And this was the production of Company we not so much wanted but needed. It’s impossible to conceive a version of this musical for 2018 that doesn’t have a female lead. Or indeed, outside of being a museum piece, an often pointless exercise in theatre, how it can be again.
It was an exercise in daring, re-writing Sondheim. And one that lesser directors could not have pulled off. The production is of course, stunning and slick and the cast radiating with talent. But that’s not really the point. Not really. The point is something a little bit harder and unrefined, that hard truth underneath it that the gender switch reveals. Something that is incredibly powerful, and incredibly necessary for our times. 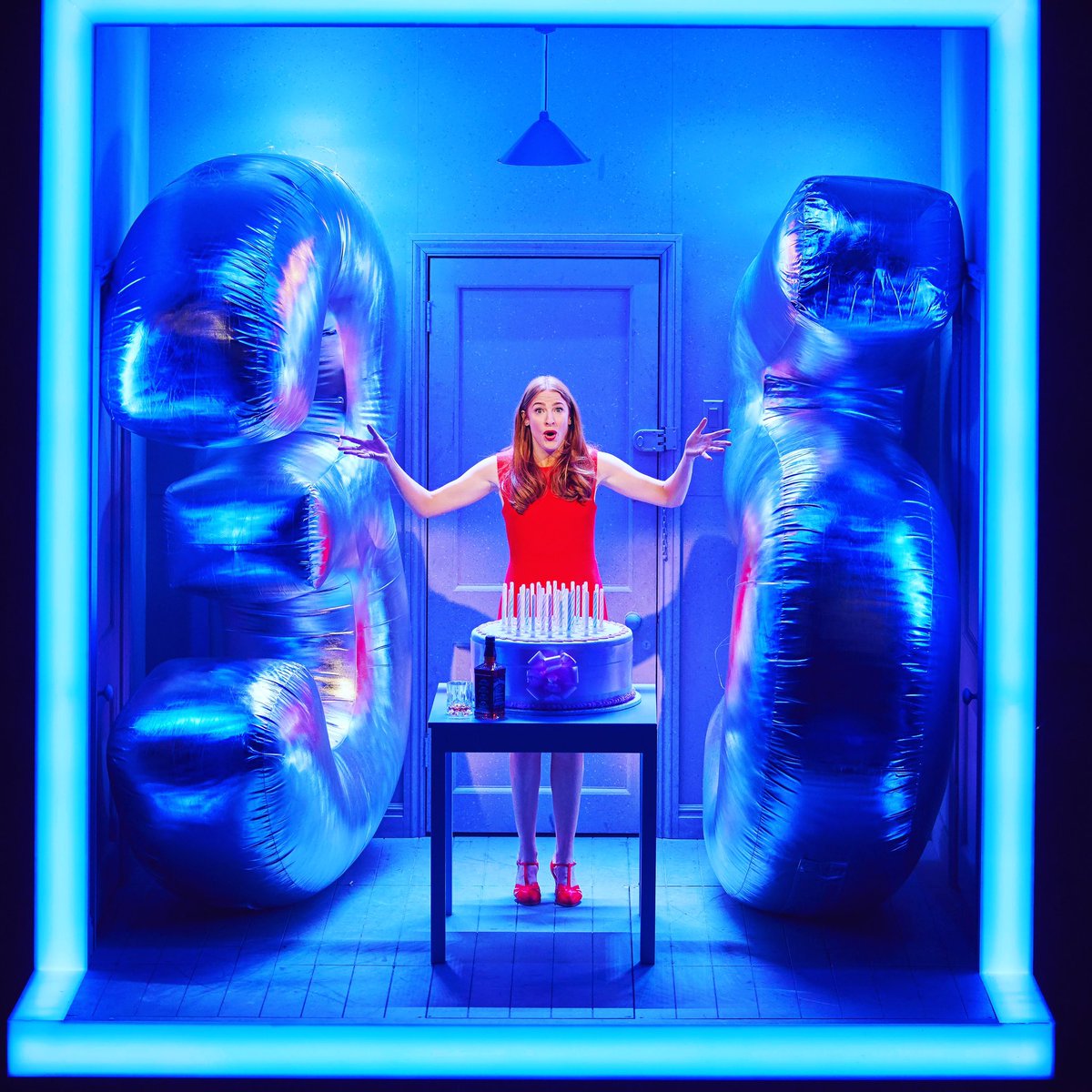 1. Angels in America
There’s a hell of a lot I wrote on this. But these were my final two here and here
Is it a cheat listing it two years in a row for the number 1 slot? maybe. Is it a cheat having the same director hold 1 and 2 …no. Because that is precisely the point. I can personally think of no director in living memory who has achieved this; two seminal productions in one years. Two reworking of classic texts so remarkable that they simply have to be singled out as the best of the year.
Nobody really needs to hear any more of my thoughts on Angels (least of all Elliott herself as it happens). And this is not the place for the details  of why this production was so incredible. It is the act of taking it to Broadway itself, the act of pulling that production together two years in a row. The sheer strength of not only talent as a director, but the strength of character as a person- as a woman- to take that play, and put it back on Broadway. That is the greatest achievement in theatre of this year for me.
To fly that Angel back home. And to do it not ‘better’ than others before (though I would argue yes, that too) but like Company, to deliver the version of this play, for this time. That is a rare skill. And a vital one. That’s what made both Company and Angels the best productions of the year. They offer the version of that, in this case, classic text, that theatre needs, that people need, for that moment. And that’s what theatre is about; capturing that moment.
The beauty of Angels in America under Elliott’s hand will stay with me for years to come. The sweeping grandeur and the attention to detail. The alchemy of a director mixing that cast together into something that worked, that served the text. For wrangling that text, for making sense of that vast incomprehensible work. The sheer theatrical achievement of this production means it deserves this top spot two years in a row.