Is she going to do that the whole show?

Yes, yes she is. Bounce.

Lands by Antler is a simple premise: two obsessions and the isolation the cause.

Sophie bounces eating some crisps while the audience comes in. Leah greets everyone while narrating her jigsaw process. She logs each piece and describes its content before putting it aside. It’s a questionable sounding puzzle- all adult shops and possible nudity. To her right a completed jigsaw sits. When a completed jigsaw sits on stage you know there’s a possibility it won’t stay that way for long… 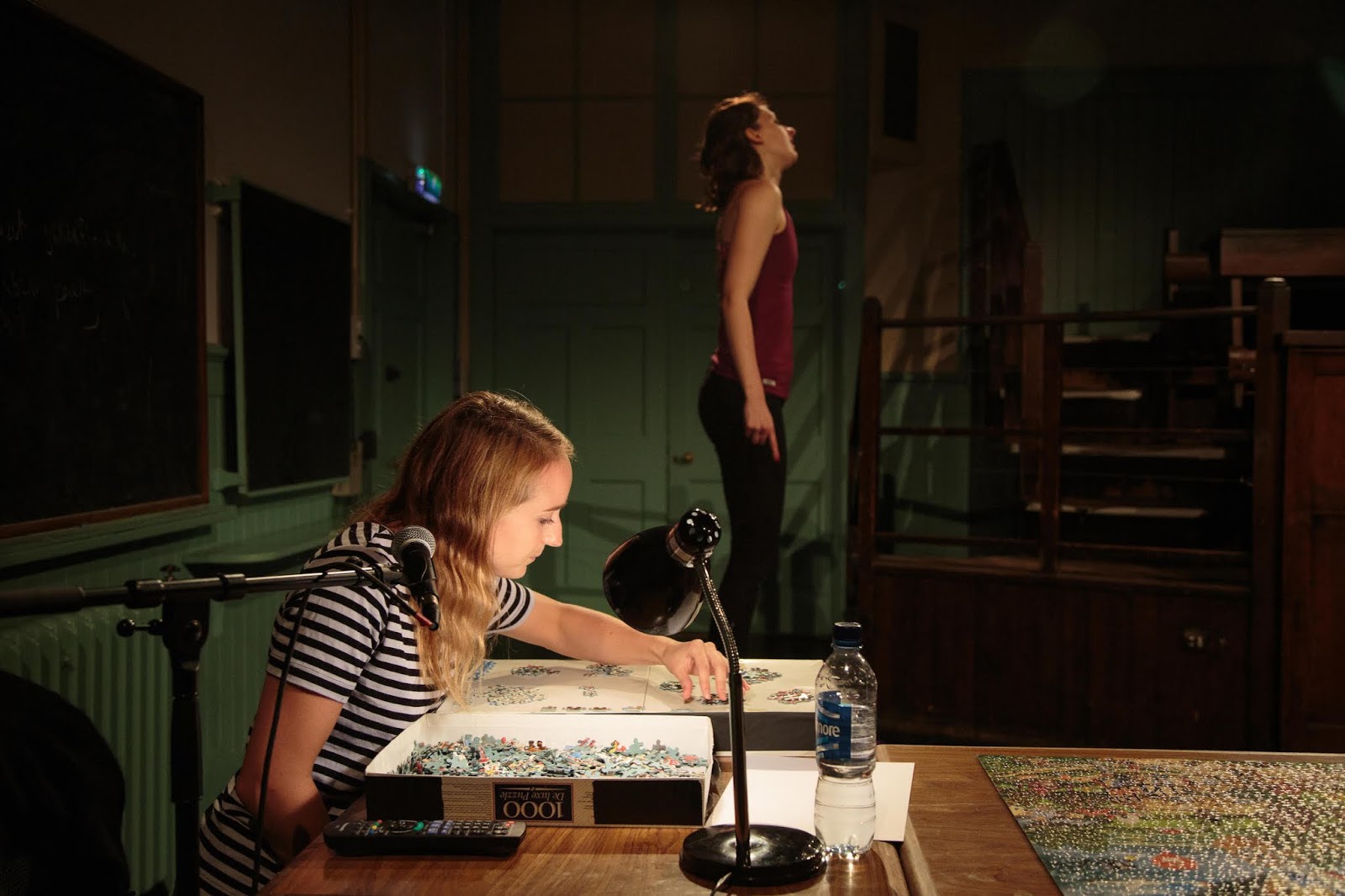 Lands is funny and sweet. Leah’s obsession with the jigsaw, and her descriptions of it are as endearing as they are amusing. She describes the completed one as her ‘ruin and salvation’ and anyone who has ever had an inkling of obsession will understand that. Actually anyone who has ever wrestled with a 1000 piece jigsaw will understand that. Meanwhile Sophie bounces away in the background. You wonder for a while if we’re going to acknowledge that or if she’s just going to continue bouncing away. It doesn’t really matter, it’s entertaining and kind of soothing that repetitive bounce bounce coupled with Leah’s strange yet soft narration of their puzzle.

But Sophie is stuck. On it. Leah recalls she hasn’t seen her off ‘it’. They never name their obsessions, it’s not ‘off the trampoline’ or ‘I’m doing my jigsaw’ it’s always abstract. They are those things but they aren’t. So she tries to get Sophie off ‘it’. Firstly by persuasion. Then by force. Therein are a good 20 minutes of ingenious physical work by the two. Their performance partnership is shown to it’s full strength here- the physical symbiotic of the performance as well as the comedy of it. Sophie can also raise a laugh with a well timed bounce, and that’s a particular comedic skill. 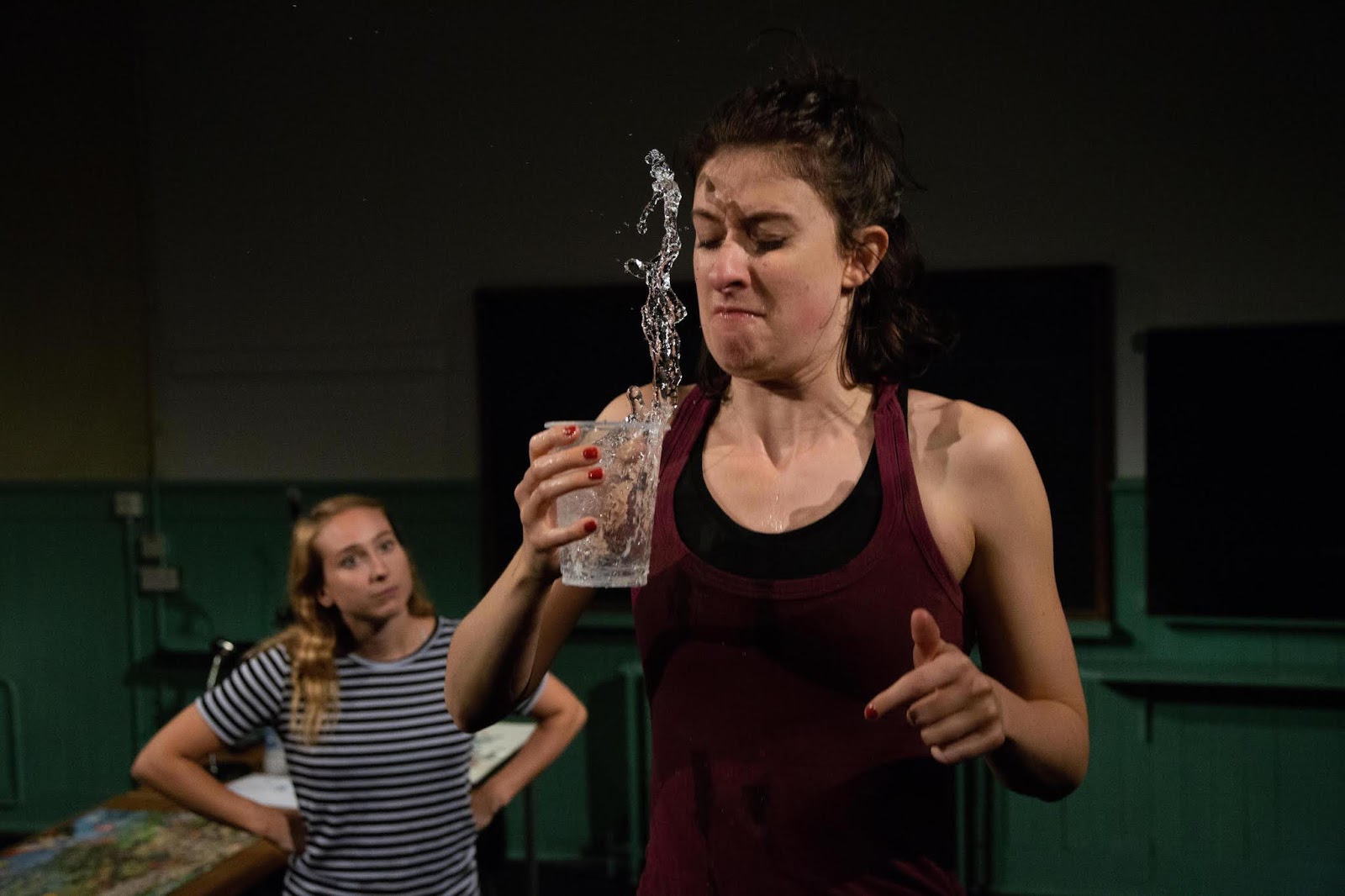 There is a darker edge to the second half of the play. And the escalating argument between the two- culminating in, yes that puzzle flying across the stage and shattering- brings up more poignant issues of isolation, loneliness and how we interact with one another.

It’s all very subtly done, abstractly presented in this devised piece. And on the surface it’s a pleasant, often entertaining way to spend an hour. But underneath there’s a lot to say about modern life, how we pursue our obsessions at the expense of others. And whether we want to be in our bubble alone or not.

At The Other Room until 20th October. Tickets here